Being her own boss has been the most challenging yet the most rewarding experience she has ever had says Youlete Etienne, founder and owner of The Coconut Factory.

Etienne’s business is in processing and manufacturing products made from one simple ingredient, coconuts. Etienne says that she developed the coconut processing idea back in 2011.  “I was listening to Immediate Response with Chrissy Love during the summer of 2011.   She was speaking on how she had to import coconut oil from The Philippines, while coconuts were just rotting on the ground in South Andros.  At that time, I had no idea of how to make coconut oil and did not know of the many products that could be created from mature coconuts.  Now, my company produces eight products, all of which contain just one ingredient, coconut,” says Etienne. 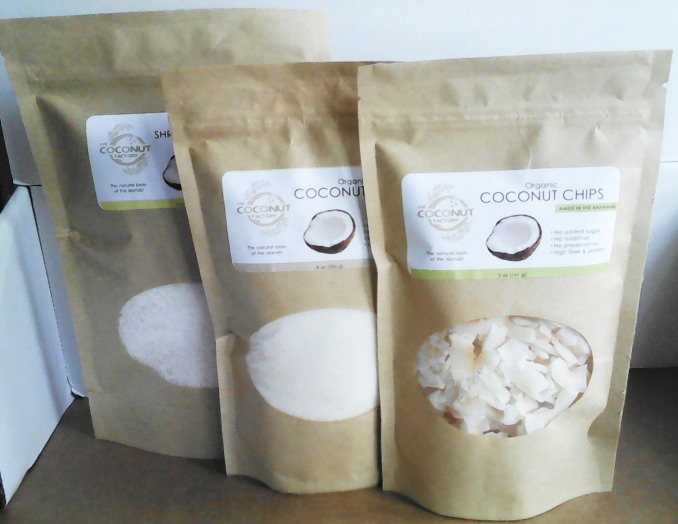 She adds: “My company processes the entire mature (dry) coconut.  Our product list includes cold-pressed coconut oil, flour, butter, chips, shredded coconut, coconut water, and coconut latik (curd).  Once we receive all of our processing equipment, we will produce mulch from the coconut husks and charcoal from the coconut shell.”

But she is not stopping there: “We will also be introducing our body care line of products, which will include soaps, lotions, scrubs, and body butters, all made with our coconut oil as a key ingredient,” she says.

Etienne says that being her own boss has been the most challenging and the most rewarding experience she has ever had. “Processing coconuts manually is very difficult, even more so with no capital.  There have been many anxiety-filled moments when I wondered whether I should continue on not.   It was my passion for creating something out of nothing that kept me going.  The reward comes when people love my products. The greatest reward, building something from the ground up and seeing it grow,” she says.

“In May 2013, I launched my Facebook page.  I had 187 followers and basically zero sales.    I only had shelf space at one store in Fox Hill.   Today, I have 2,770 followers and shelf space in eight retail stores, including two Super Value locations.  Our products are also sold in Long Island and Eleuthera.   I cannot keep up with the demand for my products.    I am still manually processing until all of my equipment arrives in a few weeks.  We will then be able to expand into more store locations throughout the country,” says Etienne on the growth of her business to-date. 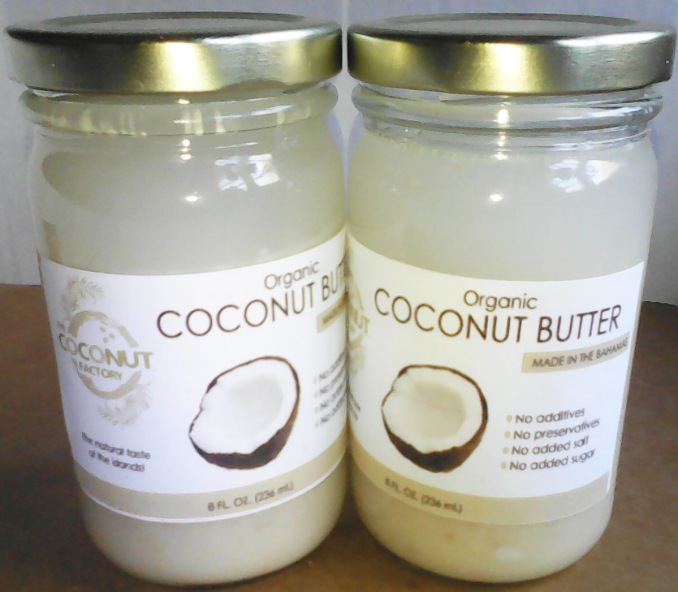 Like many small businesses, access to capital has been a challenge. “My applications for funding to two government funded business programs, were denied four times during the past four years. I was not even remotely entertained by four separate banks. There is no easy access to funding in this country, which is extremely frustrating,” says Etienne.

Etienne says however that she is fortunate to have friends who contributed to her crowdfunding campaign back in February 2015. “I was able to raise enough cash to purchase much needed packaging supplies.”

“A few weeks later, I took my father’s advice and applied for the Island Luck OWN your Bahamas business grant. After being rejected so many times, I really did not think that I would win.  So, once I submitted the application, I just completely forgot about it.  Ten days later, I got the call from the Island Luck Cares Committee.”

Etienne describes the grant as the catalyst to propelling her business forward. “The $25,000 has been invested in much needed coconut processing equipment and packaging supplies.   Currently, with three persons, it takes 10 days to process 300 coconuts. This yields only 30 jars of coconut oil.  With the coconut processing equipment, we will be able to process 300 coconuts in less than two hours.  We will be processing 2,000 coconuts per week.   Before winning the grant, my company was failing as a result of the inability to increase production. We are now poised for success, thanks to the Island Luck OWN Your Bahamas Grant.”

As for what advice she would give budding entrepreneurs Etienne says: “I would encourage them to be persistent.    If you do what you love, what you need will come.    There have been so many people who have helped me during my journey.    It has not been easy and it has not been quick.  The second piece of advice I would give is to surround yourself with business mentors and like-minded people.”

To read about the health benefits of coconuts click here

For more info on the Coconut Factory check out

I’m a firm believer of coconut everything. I even make my toothpaste with it. Coconut oil and baking soda mix. Great for the gums and teeth and no fluoride or chemicals. Whoever thought bubble gum was a great flavor for kids toothpaste?? I swallow coconut oil, cook with it and use it as a moisturizer and on my nails, drink coconut water and put grated coconut in my yogurt. I also chew it as a snack. Good luck with your business!

Awesome Sonniq. Thanks so much for stopping by.

Thanks for coming to my blog. There is a whole story here. I’ve been following Jamie through 10 of prison. He’s the fatherof one grandson. I’m writing a book on his life and recently started a newsletter once a month, just in case you’d like to come back andand read more. I also write z lot of piano music you’ll find on many posts.I well be back to read more of your blog and pass it on.

Great stuff. I will continue to read more.